Back Pittodrie drought to continue

Our SPL tipster Gareth Friel has selections for this weekend's action when goals look set to be in short supply at Pittodrie. 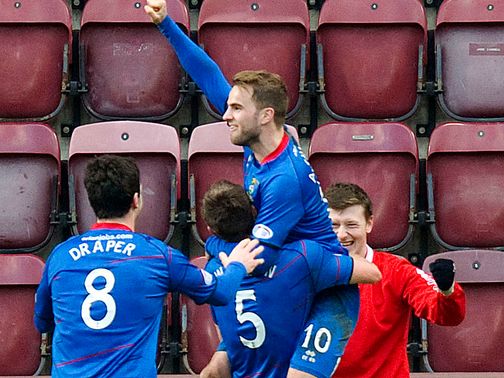 After a week in which the demise of the national team and the crisis at Dunfermline have dominated the headlines, the SPL returns and fans will be hoping the six games this weekend can lift some of the doom and gloom surrounding the game in Scotland.
With the exception of Kilmarnock and St Mirren who both have a game in hand, SPL clubs have two matches until the split and there are still three places up for grabs for the top six.
Aberdeen face Hearts at Pittodrie on Saturday afternoon and you feel they really need to beat the League Cup runners-up or they will miss out on a top-half finish in Craig Brown's final season in charge.
Derek McInnes will take over for next season and one of his main aims will be to improve the Reds' home form. They've only won four times at Pittodrie in 16 games and have scored just 14 goals.
It's just one goal in their last five and Dons fans have witnessed a remarkable nine blanks on home soil.
Hearts have had their share of troubles in front of goal too with only Dundee scoring less in the campaign so far.
The last three games between the two in the granite city have ended goalless. In fact, you have to go back more than three years to find the last time Aberdeen scored against Hearts.
looks the call here at 17/2.
Elsewhere there's not too much value around but Inverness defender has caught my eye in the anytime scorer market against Hibs.
The centre-back has six goals to his name this season including two in Edinburgh in a recent victory against Hearts.
Hibs need the points to stay in the hunt for the top six following their 4-1 defeat to Motherwell two weeks ago but they have been suspect at the back all season and look like they can be easily undone at corners.
Warren is 10/1 to score anytime which is worth a small punt.
You must log in or register to reply here.
Share:
Facebook Twitter Reddit Pinterest Tumblr WhatsApp Email Share Link
Top