Bury chairman Steve Dale says the EFL is "working against" the League One club after the league suspended the Shakers' first game of the season.

Saturday's game at MK Dons was called off as the EFL said Bury failed to show evidence of their financial viability.

An EFL statement on Monday added it was not satisfied it had received the necessary information that demonstrated how the club will be funded in future.

Dale said in a statement that Bury submitted the requested information.

"We, as a club, are saddened by recent events from a body who should have the best interest of clubs as its primary objective, clearly this is not the case," he added.

"I am unsure at this juncture where Bury go when the body that should be there to help us works against us, however, I felt it important to set the record straight and hope the EFL try to be reasonable.

"We, as a club, promise you that we will challenge this injustice in whatever forum necessary." 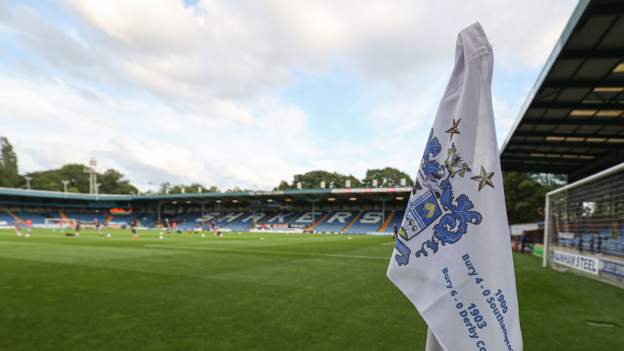 Bury chairman Steve Dale says the EFL are "working against" the club after their first game of the season was suspended.