The agent of Aleksandar Tonev, who has been linked with Celtic, claims a deal could be done for his client at Â£2m. 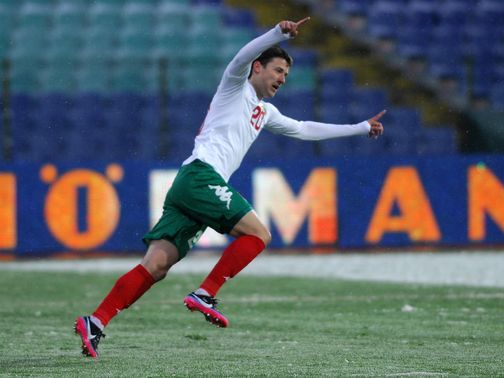 The Hoops are believed to be weighing up a summer approach for the Lech Poznan winger.
It was suggested that they would need to part with around Â£3million for the highly-rated 23-year-old.
Tonev's representative claims that figure may be slightly inflated, but has warned Celtic they will need to act quickly if they wish to push through a transfer, with Serie A giants Lazio having also expressed an interest.
Gianfranco Cicchetti said in the Daily Record: "During the winter break several Italian clubs showed interest in him, but we could not do a deal.
"Then the price was Â£1.5m, but after his recent excellent displays and his hat-trick for Bulgaria against Malta, I would say the transfer is close to Â£2m.
"It's best to do a deal as soon as possible because that price could rise further if he keeps going like this.
"It's no secret Lazio are most keen. They have been watching him for over a year."
You must log in or register to reply here.
Share:
Facebook Twitter Reddit Pinterest Tumblr WhatsApp Email Share Link
Top