Inverness face being without goalkeeper Ryan Esson and centre-back Gary Warren for the bulk of the run-in. 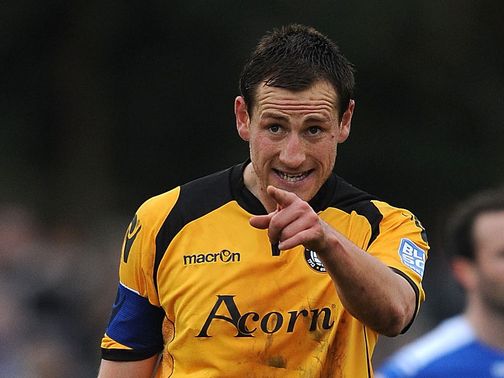 Esson went off with a thigh injury in Caley Thistle's victory over Ross County, which sealed their place in the SPL's top six, while Warren has picked up a knee injury.
Manager Terry Butcher said: "Ryan is going to be out for four to six weeks with a torn thigh muscle.
"Gary Warren is going to be out for four to six weeks with a (strained) lateral ligament on the outside of his knee."
Antonio Reguero, who has held talks with Kilmarnock over a summer move, will deputise for Esson when Inverness face Hibernian at Easter Road on Saturday.
But former Hibs captain Chris Hogg looks likely to be made to wait for his first-team return, despite appearing for the under-20s following his cruciate ligament injury.
Butcher said: "He is doing well. He has a lot to go in terms of sharpness and timing and instinct - he has been out for a year.
"But Danny Devine is ready to step in. He has played very well for the first team and just signed a new contract."
C

I know who I'm betting to win on Friday then...ICT's hopeless now.