The 21-year-old, who scored 27 goals in 90 appearances for Milan after making his first-team debut in 2017, has signed a four-year deal at Molineux.

His international debut came in March 2018 and he recently made three appearances at the European Under-21 Championships.

"The club really wanted me and being able to play in the Premier League for Wolves is fantastic," said Cutrone.

"I'm very happy and want to give my all for the team."

Wolves sporting director Kevin Thelwell said: "Patrick is an exciting signing at a very exciting period for this football club.

"We have a strong philosophy under the leadership of Nuno [Espirito Santo, Wolves boss] of bringing in the right type of people and developing young talent while staying humble and grounded as individuals, and we feel Patrick perfectly fits into our philosophy.

"We are very pleased to have a player of Patrick's ability join the club and look forward to him being a part of Nuno's squad in another historic season for Wolves." 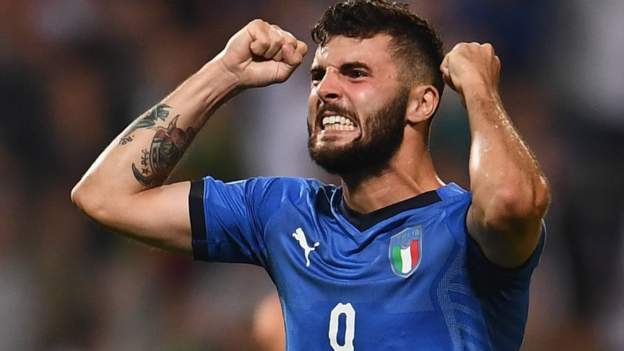 Italy striker Patrick Cutrone joins Wolves on a four-year deal from Serie A side AC Milan for £16m.