The 48-year-old played 101 games for the Netherlands, and won league and cup honours with PSV and Barcelona.

Since moving into coaching, he led PSV to league and cup success, but lasted only 15 games during his last role at Turkish club Fenerbahce.

Cocu, Derby's first overseas manager, said: "I am pleased and honoured to confirm that Derby County will be my new club and can't wait to meet with the team and the fans to start this adventure together."

Chairman Mel Morris added: "We are continuing to develop our philosophy at Derby County and from the first conversation with Phillip, and his team, it was very clear they share similar views.

"The fit is strong. We want to build on the momentum that we have in our style of play, our club values, and the increasingly important role of our academy. Phillip and his team understand the need and benefits of this approach." 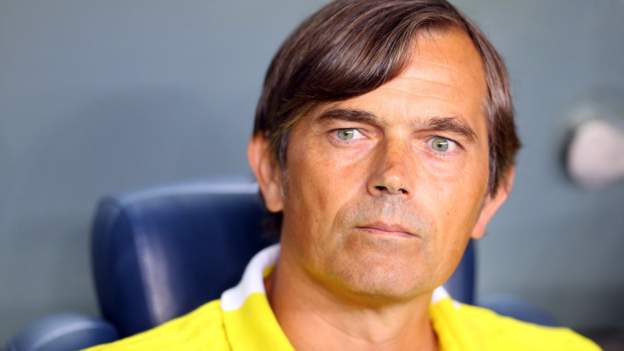